In 2014, the aliens, commonly known as "Peddlers", suddenly appear in lunar orbit and call for trade with humanity. In exchange for 1,000 kilograms of limestone, the aliens provided the consciousness-controlled general-use robot "EXOFRAME".
The versatility and low price of the EXOFRAME quickly popularized them, especially in developing countries. Before long its potential use in war was realized, and existing weapons started becoming outdated.

Opposing this were advanced nations, such as the U.S.A. To protect their industries, they set regulations on EXOFRAME usage and turned a blind eye to its military potential. Seeing the danger of their government's stance, a group of U.S. Marines begin to independently investigate the effect of EXO's on the world. An unidentified EXOFRAME unit marked with a skull, the Outcast Brigade, briefly appears before them. 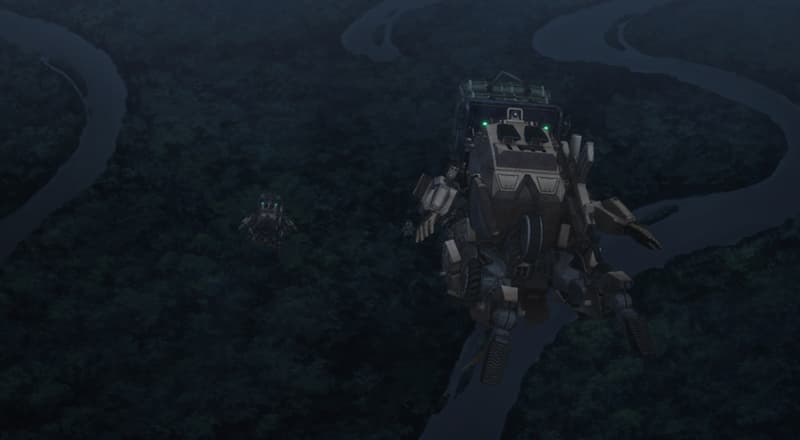 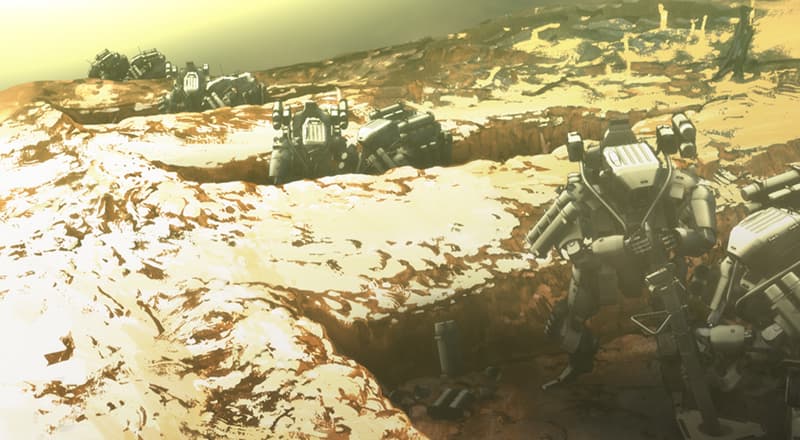 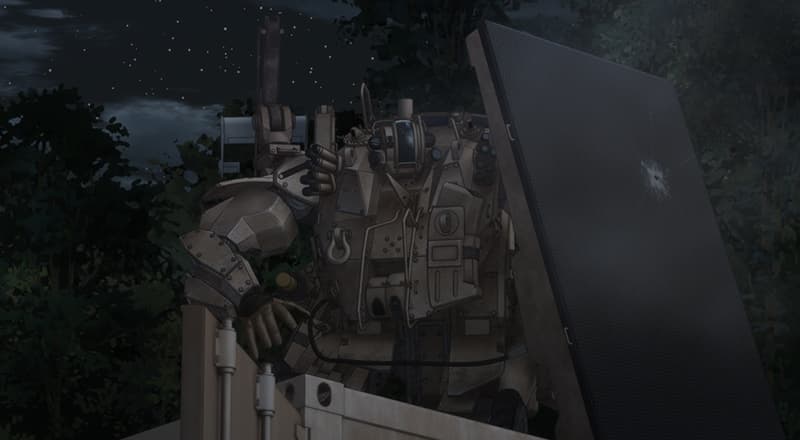 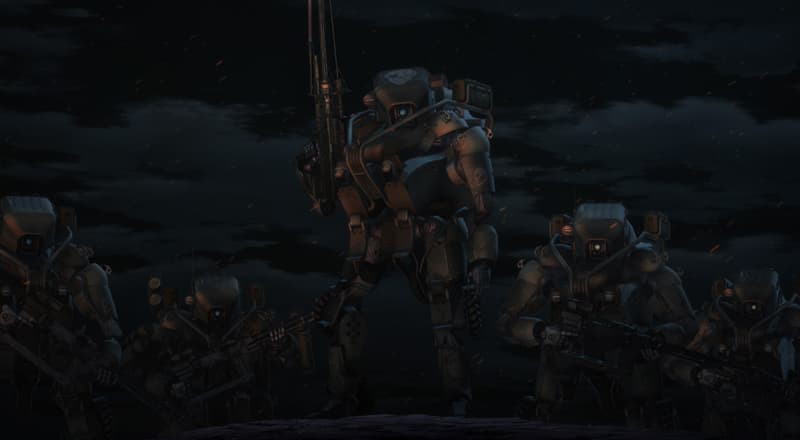 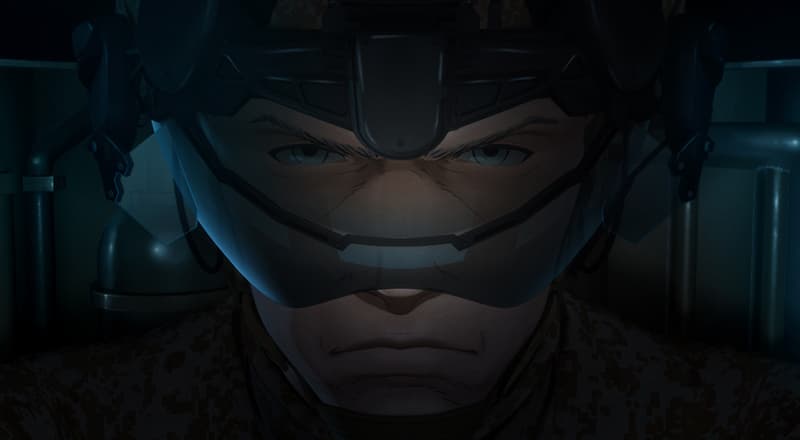 In 2014, the aliens, commonly known as "Peddlers", that appeared in lunar orbit brought the consciousness-controlled robot "EXOFRAME" to earth in exchange for limestone. The potential of the alien technology of outstanding versatility and exceedingly low cost as a military weapon was finally discovered, and the present world-order begins to break down. Then in 2022, the global chaos reached its peak. In South America, the conflict between Ecuador and Peru threated to extend to the entire continent of South Africa, then even to the U.S.A. At the forefront of that conflict, there was an EXOFRAME unit attempting to prevent this with an illegal airborne operation. A unit which shouldn't exist: a U.S. Marines Corps EXOFRAME Force Recon. Blocking their way to end the war is the unidentified unit "Outcast Brigade". 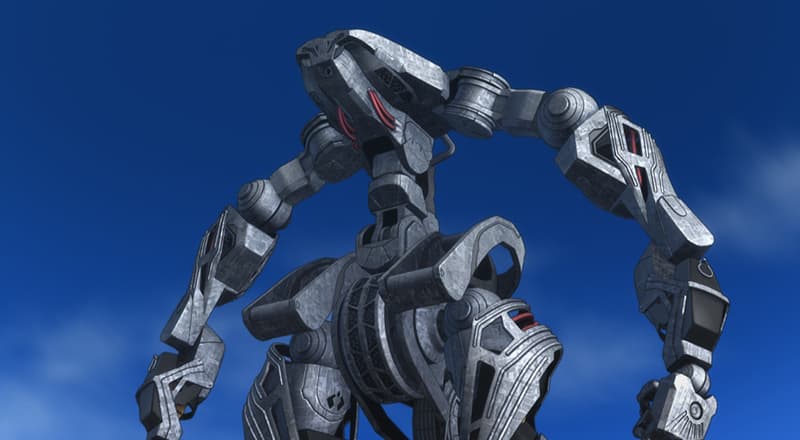 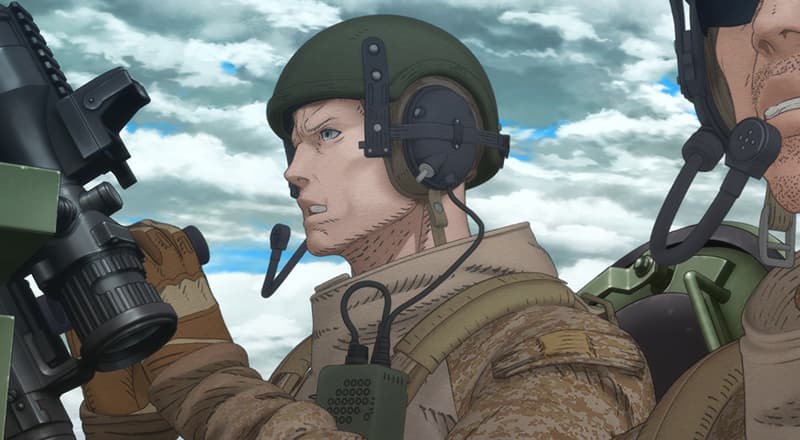 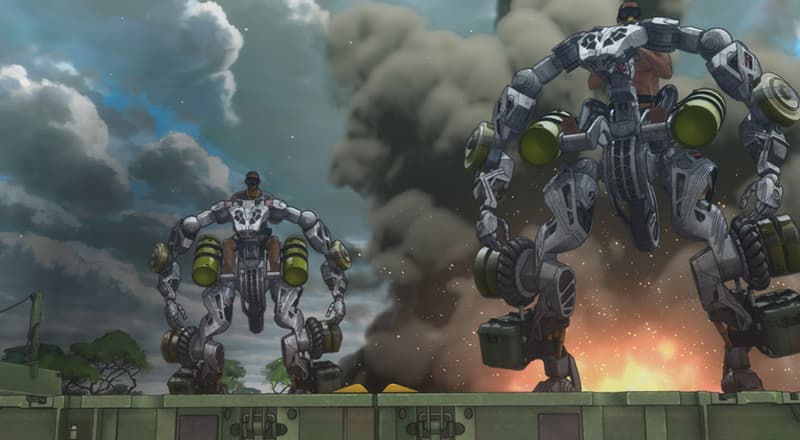 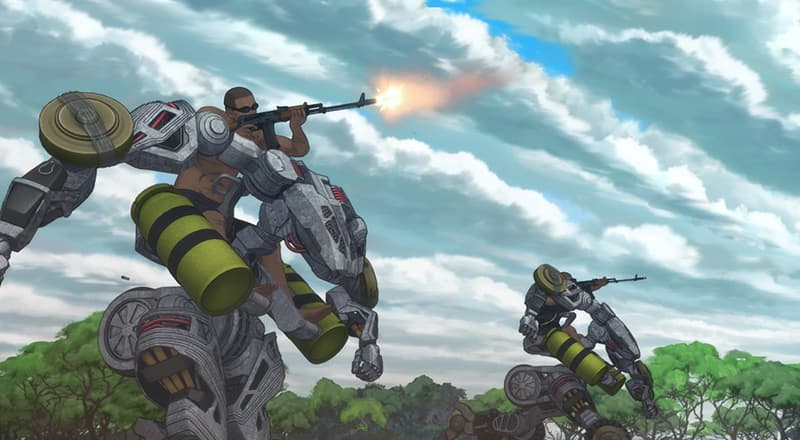 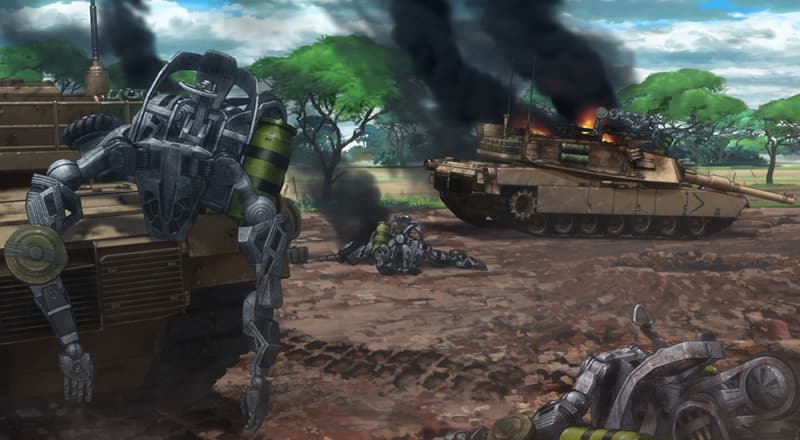 The year 2015. It has been one year since the Peddler aliens began "trade" of EXOFRAMES for limestone. To protect their industries, advanced nations ratified the Sankt Gallen Arrangement, which restricts the usage of EXOFRAMES. Despite this, they soon gain popularity in developing countries due to their low cost and versatility. As a member of the Multinational Force, Lieutenant Bowman of the U.S. Marine Corps LAR Battalion was dispatched in the African province of Cabinda of the Republic of Angola for regional stability operations. He witnesses how the EXOFRAME had integrated into everyday life, and is apprehensive about their potential to be repurposed as a weapon and used in U.S. armed forces. Though his commander laughed at the idea, soon after, the operation underway at the river crossing came under the attack by an armed group riding EXOFRAMES. This battle was the turning point in how battlefields across the world would change. 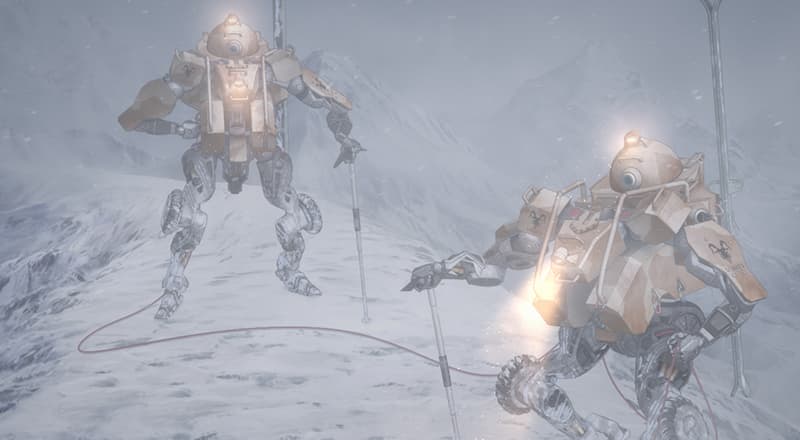 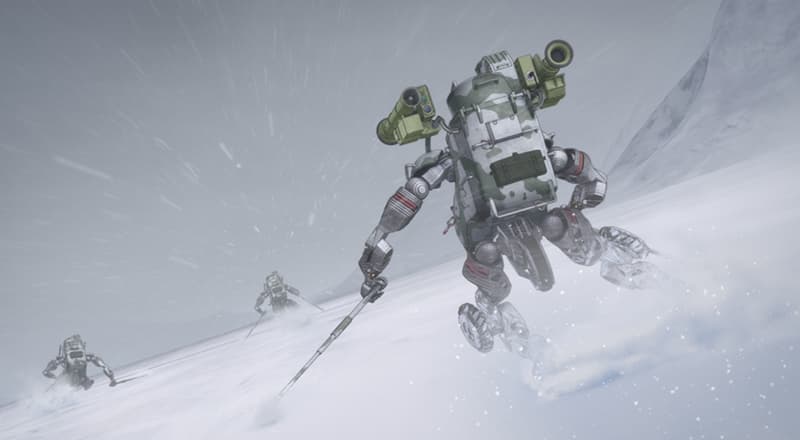 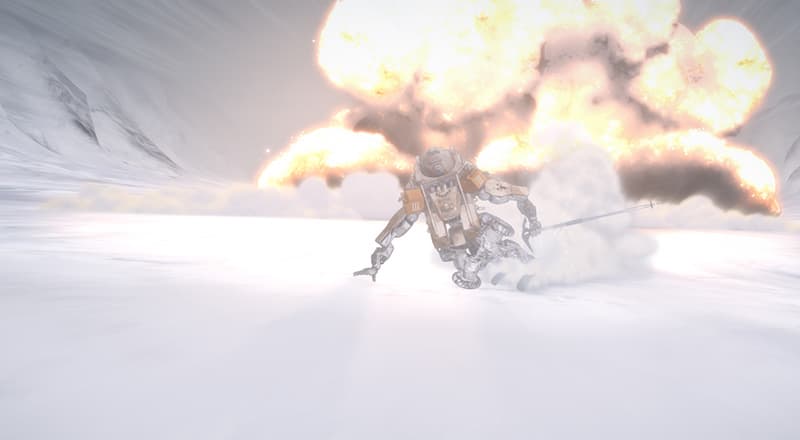 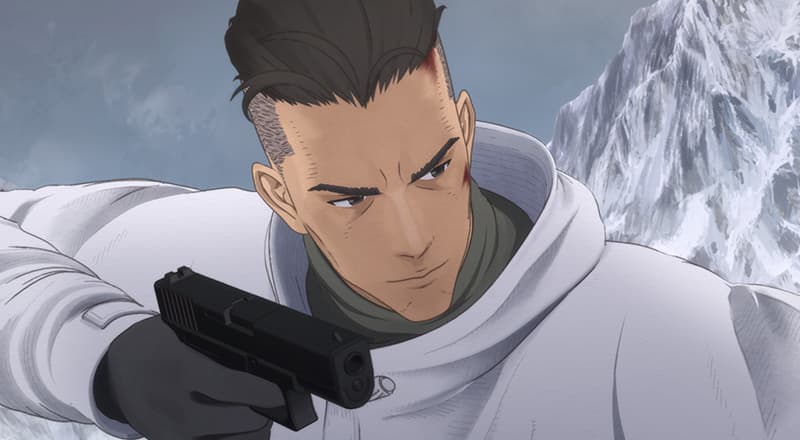 In 2016, armed insurgents and terrorists from every region started using EXOFRAMES. Though the governments began to realize the military potential of the EXOFRAME, the existence of the Sankt Gallen Arrangement obstructed the use of them in their regular armies. The exception being the Indian Army. Karakorum Range Siachen glacier: Base of the Indian Army Special Mountain Warfare Brigade "Ladakh Scouts". At an elevation of 6,000 meters, the only equipment that could handle the boarder trouble with Pakistan in that region was the EXOFRAME. A man by the name of Rei Miyajima of the Japan Self- Defense Forces, came to this extreme environment as an exchange officer to research high altitude warfare. After learning the basics of EXOFRAME from the Captain Wangchuck, Miyajima accompanied patrol. There, they encountered a group of EXOFRAMES thought to be a Pakistani black operative unit. Suddenly, a battle between EXOFRAMES breaks out upon the glacial stage. 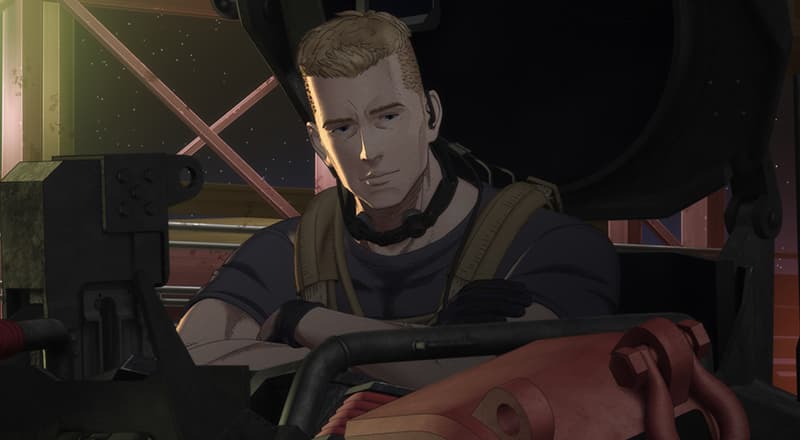 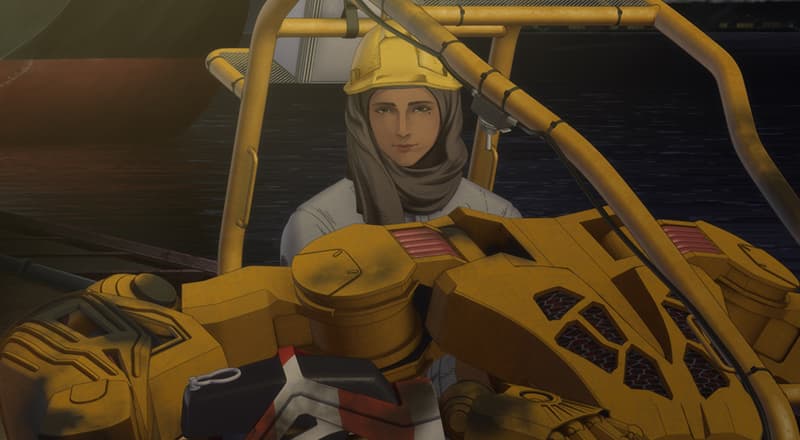 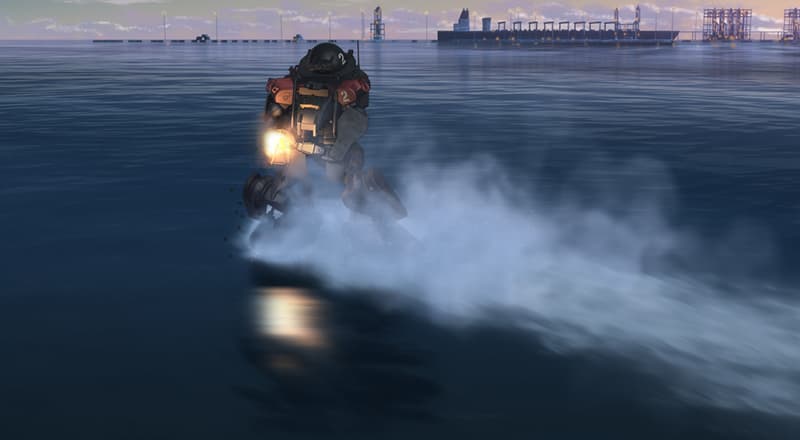 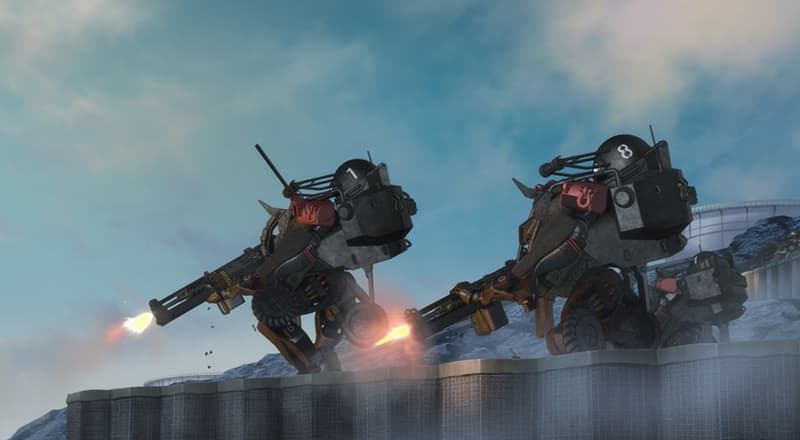 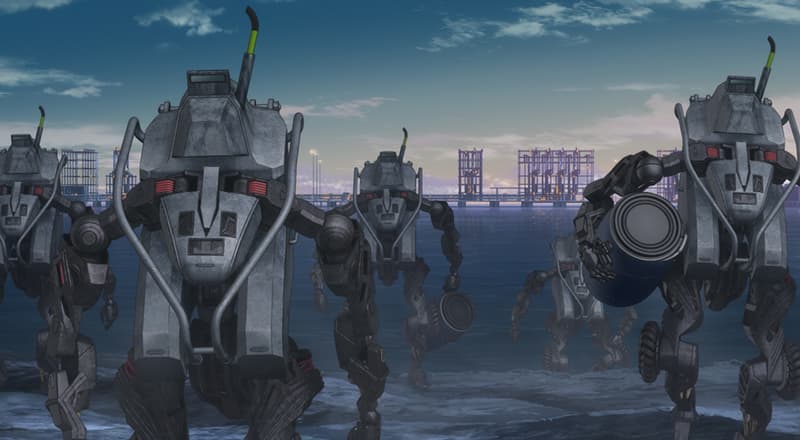 In 2017, as the threat of EXOFRAME grew day by day, countries all over the world remained unable to work out an effective countermeasure. As if to fill that void, private military companies (PMC), the modern mercenary equipped with EXOFRAMES, gained prominence. Once such company, Cerberus Security Services, dispatched new recruit Loewner to a Middle East oil terminal as a guard. Though Loewner interacted with a female technician while discussing their histories with the EXOFRAME, his commander later warned him not to be too familiar with civilians. Before long, terrorists launched an attack against the facilities. As Loewner tried to protect the employees from the onslaught of EXOFRAMES closing in on them, he learned the meaning of his commander's advice. 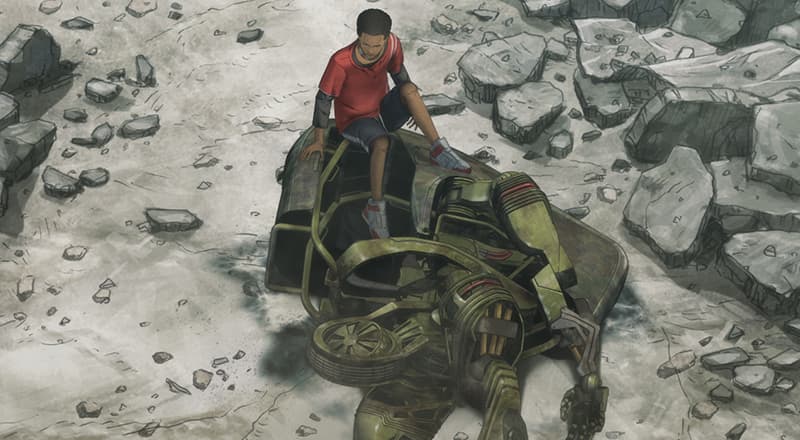 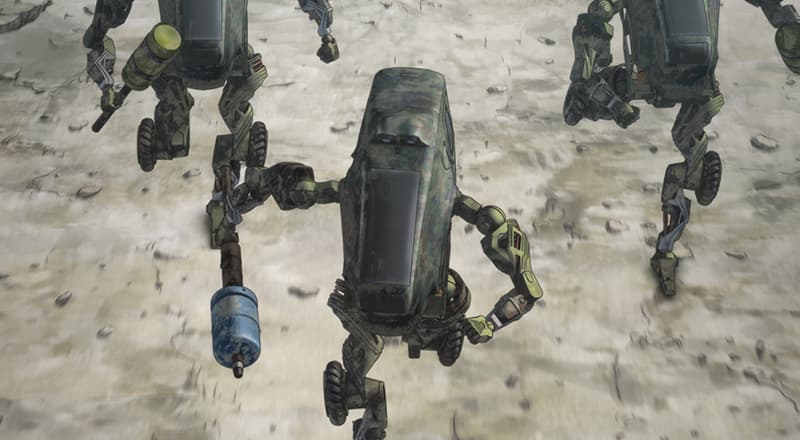 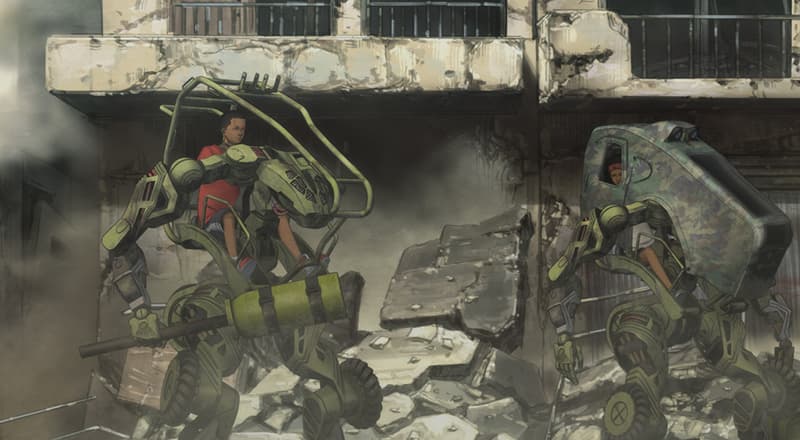 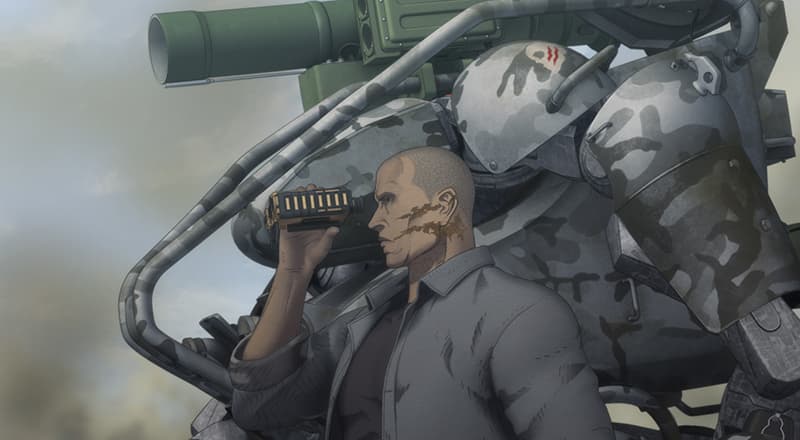 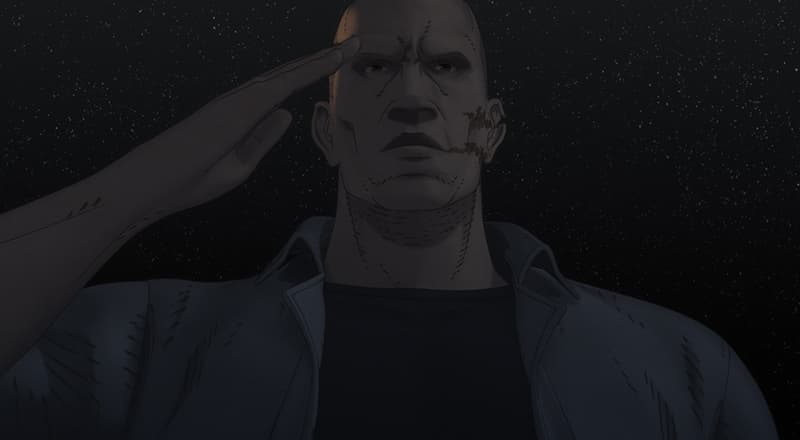 EXOFRAMES have become the obvious choice for conflict zones across the world. Cheaper than a gun, easy to operate… The greatest victim of these specifications were children. Give EXOFRAMES to homeless children and use them as sacrificial pawns… Such was becoming commonplace in battlefields everywhere. Jamal and Kayira were such children. They are forced to charge in recklessly without sufficient equipment, being blown away by mortars and gunned down by tanks. Returning after barely escaping alive, their commander's fury and violence await them. All they could do was endure this day after day... Until one man appeared before them. Operating an EXOFRAME marked with a skull, the man named Zahir offers to train the children to be soldiers. 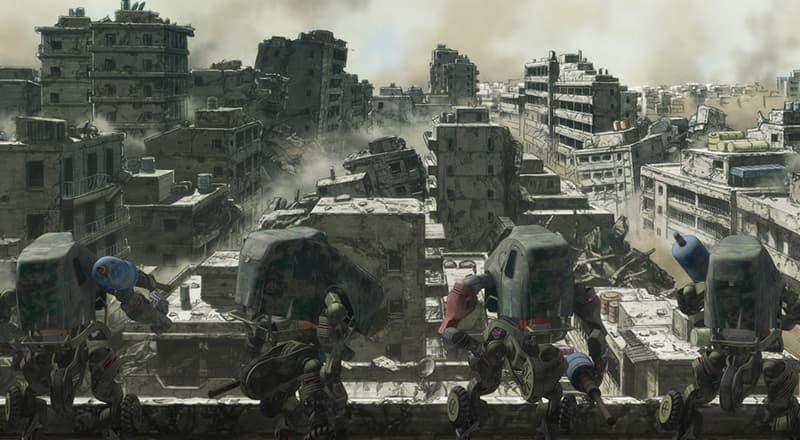 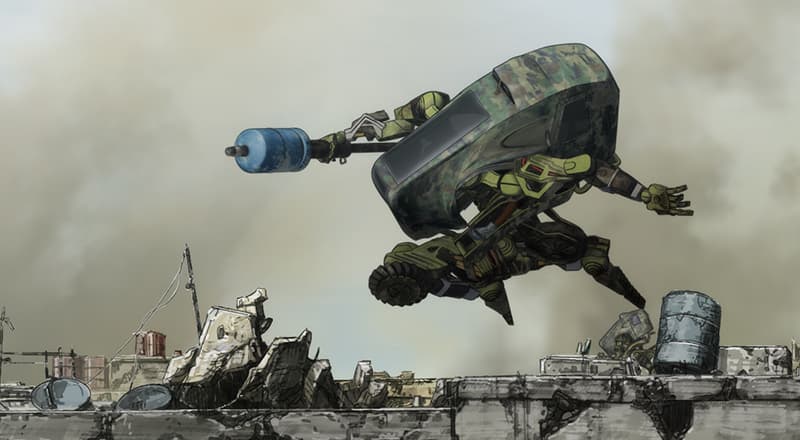 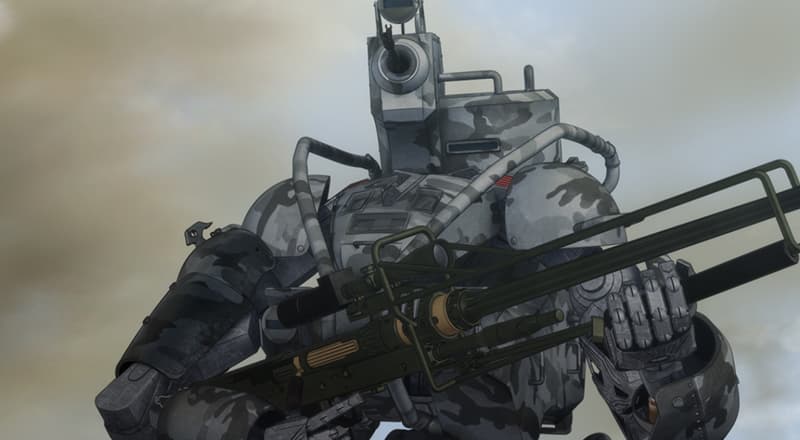 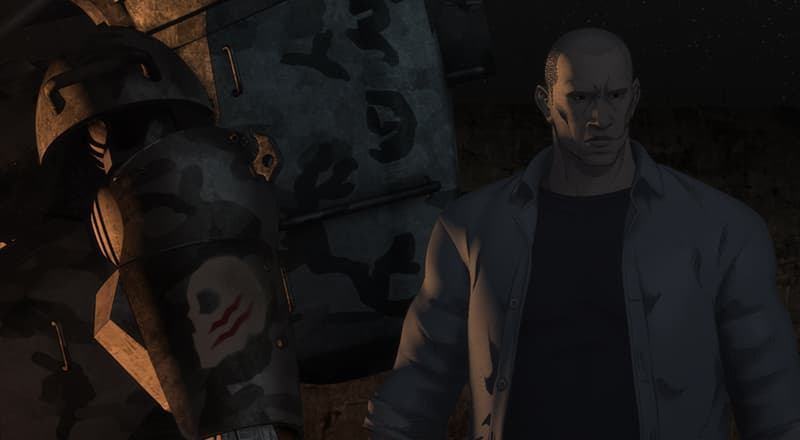 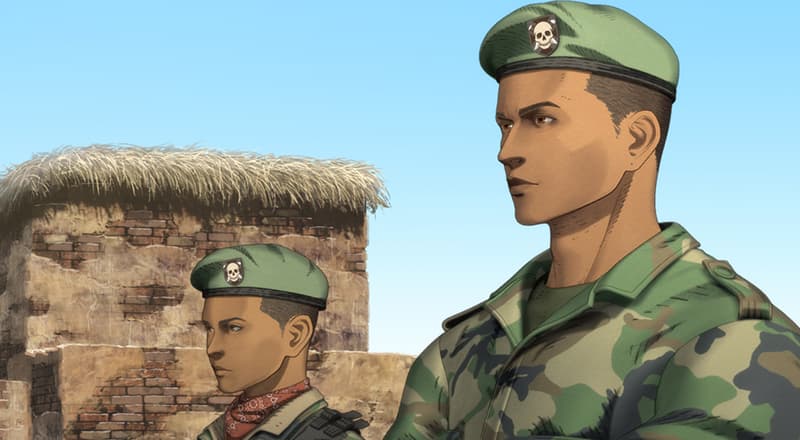 Without wasting time, the man who told the child soldiers Jamal and Kayira he would "train them to be soldiers" turned his words into reality. Under Zahir's command, the children learn the effective way to operate the EXOFRAME and develop flexibly in the battlefield. They could now toy with the war tanks and helicopters that once terrorized them. Sub-Saharan Africa. These children turned "soldiers" draw skulls on their own EXOFRAMES to match Zahir's. After fighting day after day, it suddenly came to an end. Due to peacekeeping operations of the African Union, their country's civil war suddenly came to a close. The day where Jamal and the other child soldiers must throw away their weapons and return to school as normal children…